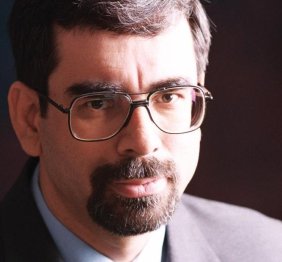 In 2006 I did a series of interviews with technologists and entrepreneurs in India to understand the booming telecom (mobile) boom in India. One of the people I spoke to was the late Atul Chitnis, who described himself as a disruptive technologist. He is the person to talk in Bangalore was a common refrain I heard from other technologists. An incredibly accessible person Chitnis spent quite a bit of time then and later on talking about one of  his favorite subjects – technology.

In 2006 if you visited India, you would have seen an incredibly new phenomenon – mobile phones. Everyone seemed to have a Nokia mobile phone, and you had an incredible array of ring tones. People were either talking, sending missed calls or SMS (text). And it was uncommon to see folks with 2 or 3 phones. Back in the US, we were barely using our phones to text or SMS  and missed calls was a totally alien concept. Of course, things have changed now in 2014 both in India and US on how we use our mobile phones.

So, we turned to Chitnis to find out about the mobile phone and broadband boom in India. Internet has been available in India since 1996, but the whole concept of broadband is only a year old says Chitnis. However the lack of broadband does not preclude people from accessing the Internet.

One of the fascinating facets of the conversation was Chitnis’s  picture of  two Indias: one India  consists of a small minority of power users of technology and mobile device, and in the second India cell phones have become the main point of communication. While cell phones have become a basic necessity to both these groups the difference lies in the way they use these devices.

India is an unique position argues Chitnis. India does not have a baggage and history of using old technology and that puts the country in a unique position to implement the latest technology in the telecom space. For instance, the Indian government is actively involved in promoting open and free software, and IPV6 the next generation Internet protocol. The Indian government has put Internet technology on a fast track says Atul.

Internet is available, cell phones and mobile devices are available, but what is not available is a lack of awareness about mobile computing he argued. Chitnis is on a crusade to promote the use of mobile device as an alternative to the PC to access the Internet. He points out the mobile device goes with you, and you can use when you need, and wherever you need it.

Chitnis was born and brought up in Berlin, Germany and speaks fluent German. He relocated to India in the 1970s. He has a degree in Mechanical Engineering from the Gogte Institute of Technology.