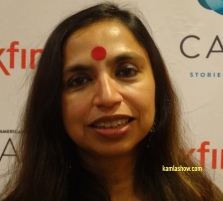 Shonali Bose’s “Margarita With A Straw,” is the centerpiece of this year’s Center for Asian American Media (CAAM)  Festival at San Francisco’s Castro Theatre on March 15, 2015.

We spoke to Bose about “Margarita With A Straw,” a coming-of-age film, which she describes as a deeply personal film. The story is about a differently abled person’s journey of love and accepting herself is how Bose describes the film.

The film premiered at The Toronto Film Festival in 2014, which is where Masashi Niwano, the program director of CAAM Fest saw it and was instantly drawn to it. Niwano spent quite a bit of time in trying to get this film to this year’s CAAM festival.

“Margarita With A Straw” opens in India in April 2015 and in US and Canada by the end of the year.