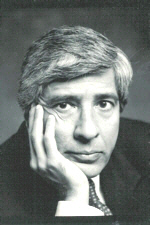 We continue with our history of Hindi cinema or Bollywood with Dr. Salman Akhtar. We pick up the threads of our conversation and look at how Bollywood films underwent a change during the 1980s. The films made in 1970s belonged to the angry young man genre and were marked with narcisstic rage. Concerns about the  market  shaped the content of the films from 1988 onwards points our Dr. Akhtar. This is the period when Hindi films found a new set of audience in Europe and North America.

Starting in 1988 there was a distinct change in the plot lines of Hindi films Dr. Akhtar points out. There was a strong element of retrospective idealization of Indian society and culture. In these new film often the heroes were happy, lived in big homes and were comfortable with their sexuality. How did this change come about? It was due to the silent and peculiar complicity of 2 groups of audience Dr. Akhtar explains. They were the Non Resident Indians (NRIs), who had temporarily lost their moorings and anchoring in their day to day lives and had a tendency to idealize Indian culture he points out. Then there were Resident Non Indians (RNI), who were born and brought up in India and had no anchoring to their Indian culture, but they had a hunger for Indian culture and tradition. The complicity of these two groups yielded a new crop of Hindi films that were big on nostalgia he argues.

And finally we talk to Dr. Akhtar about his own family’s connection to Bollywood and Hollywood. We talk to him about his nephew Farhan Akhtar’s pathbreaking film “Dil Chhata Hai,” about the journey of 3 young men into adults. Shot extensively in Australia this film marked the start of a new kind of films in Bollywood films. And about Dr. Akhtar’s  the Hollywood connection?  That connection is through his son Kabir Akhtar.

Tune back in for our final and concluding episode with Dr. Akhtar on the history of Hindi films or Bollywood.

In case you missed here is Part-1 of our conversation where Dr. Akhtar talks about his family and what got him interested in the history of Hindi cinema. Dr. Akhtar is a Psychiatrist and a professor at Thomas Jefferson Medical College in Philadelphia. He has has written extensively on  psychiatry, psychoanalysis and about poetry and films. And in Part-2 Dr. Akhtar talks about the profound sexual angst in the films from the 1950s and 1960s.  In Part-3 of our conversation he talks about female sexuality and the angry young man phase of Hindi cinema.


Here is a song from Farhan Akhtar’s “Dil Chhata Hai”