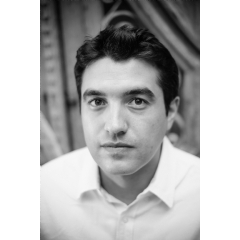 Jordanian filmmaker Naji Abu Nowar’s debut film Theeb is a stunning coming of age film of a young Bedouin boy. This period film is set in 1916 during  World War I when the powerful Ottoman Empire was crumbling and losing its hold over this part of the Middle East. The film was shot in Jordan using non-actors from a Bedouin community.

Theeb is the name of the young boy, who lives with his extended Bedouin family in Hejaz province of Arabia. They are totally unaware that World War I is underway. One night their Bedouin community receives a visitor – an Englishman, who wants help in navigating his way through the desert. The Bedouins are famous for their hospitality and suddenly Theeb and his brother find themselves acting as guides to the Englishman. Their journey through the desert is harshly interrupted by an attack and in the ensuing gun fight the only person that survives is Theeb. Suddenly Theeb finds himself lost and alone and learns to fend for himself in the harsh desert environment. How he survives is what the film is about.

LISTEN TO NAJI ABU NOWAR ON HIS DEBUT FILM THEEB

In this interview with Nowar we spoke about the making of Theeb. We wanted to find out what drew him to filmmaking and why he chose to set his film during World War I. While the film does not explicity mention any of the major political developments of that period it is useful to remember that 1916 saw the first Arab revolt. We also wondered about the significance of Theeb, which means wolf. One of the highlights of the film is the stunning desert landscape of Wadi Rum area of Jordan. The landscape is almost like a character in the film and reminds you of John Ford and Sam Peckinpah’s films. Was Nowar influenced by the films of Ford and Peckinpah? Tune in to find out.

Theeb is Jordan’s entry in the foreign language category for the 88th Academy Awards.