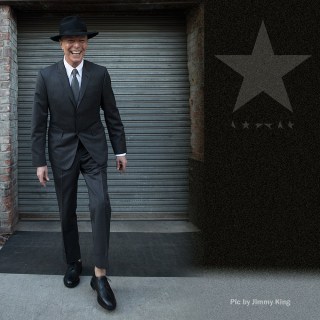 “My entire career, I’ve only really worked with the same subject matter,” Bowie said in a 2002 interview. “The trousers may change, but the actual words and subjects I’ve always chosen to write with are things to do with isolation, abandonment, fear and anxiety all of the high points of one’s life.” You can read more about Bowie from this Guardian article from which I picked the above quote.

Update: Here are a couple more links on Bowie – Bowie’s Hong Kong Tailors: Sam and Many Melwani and  Longreads

Bowie, Freddie Mercury and The Queen singing that iconic number Under Pressure.

And wherever Bowie is he is urging others to put on their red shoes and “Let’s Dance.” Thank you for the music Bowie.