I guess we can no longer have, as Facebook puts it “digital equality for all Indians.” Despite aggressive lobbying by Facebook, the Telecom Regulatory Authority of India (TRAI) ruled in favor of Net Neutrality and against Facebook. What this means is that Facebook‘s Free Basics service, a limited and free Internet service, can no longer be offered in India.

Here is what TRAI said in its report yesterday, “No service provider shall offer or charge discriminatory tariffs for data services on the basis of content.” You can read the full report in PDF here.

Mark Zuckerberg of Facebook responded that he was disappointed by TRAI’s verdict. Yet, he has made it clear that ist giving up and his mission in India will continue he wrote here.

The response on Twitter to TRAI’s announcement was swift.

Facebook says their goal is bring people online in a non-discriminatory way and are upset at being banned for discriminating #DoesNotCompute— Kiran Jonnalagadda (@jackerhack) February 8, 2016

Support has been across political parties: bjd, bjp, shiv Sena, cpim, congress. The internet is apolitical. This is an issue of freedom. — Nikhil Pahwa (@nixxin) February 8, 2016

India is now the global leader on #NetNeutrality. New rules are stronger than those in EU and US. https://t.co/D6g68k2xaI— Josh Levy (@levjoy) February 8, 2016 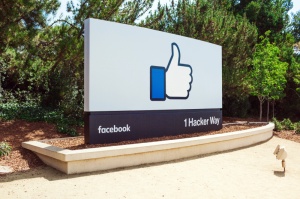 Last year Zuckerberg famously hosted Indian Prime Minister at Facebook headquarters and it seemed like Free Basics would be a shoo-in. Since 2015 Net Neutrality in India has been a subject of heated public debate. Menlo Park-based Facebook lobbied hard and spent a nice chunk of change to push its Free Basics plan in India.What Facebook and others did not realize is the domestic opposition from ordinary citizens and activists to stop this digital initiative. Over the past few months there was a concerted effort to stop Facebook’s Free Basics initiative in India through various efforts and the most important was Save The Internet website. Opponents pointed out it violates net neutrality.

Facebook countered by stating “Free Basics gives people access to vital services like communication, healthcare, education, job listings and farming information – all without data charges.” Facebook did not stop there. It went on to write that “But Free Basics is in danger in India. A small, vocal group of critics are lobbying to have Free Basics banned on the basis of net neutrality. Instead of giving people access to some basic internet services for free, they demand that people pay equally to access all internet services – even if that means 1 billion people can’t afford to access any services.”

And starting in 2016 the debate around Free Basic intensified in a significant manner in India. At one point earlier this year TRAI questioned Facebook’s claim of 11 million Free Basics Facebook supporters. Facebook is disappointed with the thumbs down verdict from TRAI for its Free Basics initiative in India. It will be interesting to see how Zuckerberg and his team will keep working to break down this barrier in India.

You can read more about Free Basics in India here, here, here and here.

Updates: Om Malik’s post on Free Basics and how nothing is free. Read it here

Silicon Valley entrepreneur/VC Marc Andreessen offends India by defending Free Basics writes Re/Code. It started with a tweet from Andreessen, which was apparently deleted and then offered an apology of sorts to India.