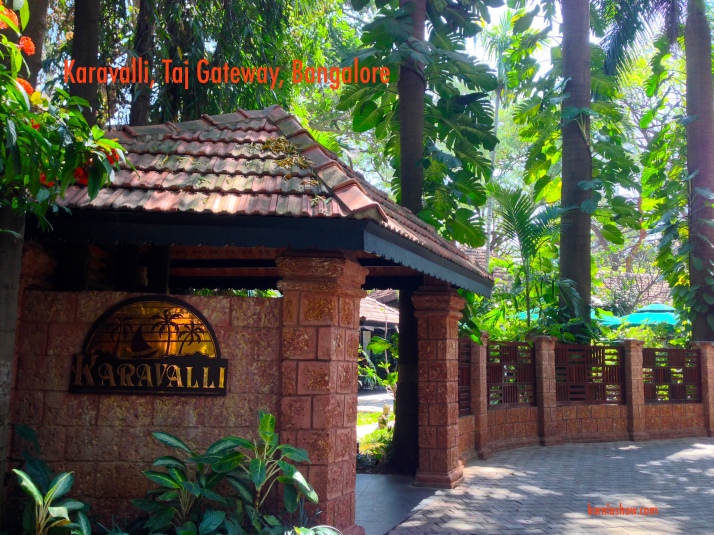 Forget zooming up and down  the coastal towns of Kerala, Karnataka and Goa to explore the various cuisines of this region. Instead head straight to Karavalli at Taj Gateway in Bangalore to explore new and old dishes from these coastal towns that are a patchwork quilt of Christian, Hindu and Muslim communities. There are the Moppalas of Northern Kerala, the Syrian Christians of Southern Kerala, Bunds and Havyaka brahmins from Northern Karnataka,  the Hindu and Christian communities from Goa. Each of these communities have  their own signature dishes using the rich repertoire of spices that this area is famous for right from peppercorns to cardamoms. It was the whiff of spices that brought the Europeans to this part of India a few hundred years ago and among them the Portuguese left a strong stamp on the cuisine of Goa.

Karavalli is located right in the heart of Bangalore on Residency Road. The restaurant has won many awards and made it to variou lists of must-eat places in Bangalore and India. So, is it any wonder then that on my annual visits to Bangalore I make a beeline to this restaurant? I either have a thali or a simple meal of appam and stew and wash it down with a decadent cup of ada pradhaman and filter coffee. 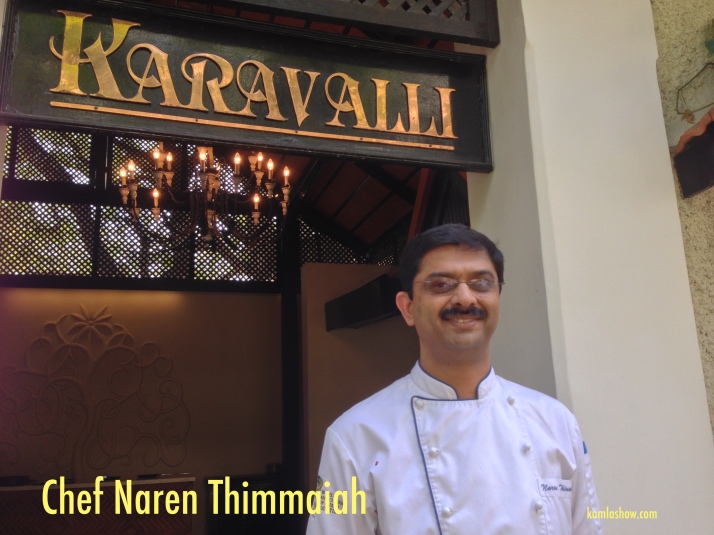 This time around I got to meet and talk with Chef Thimmiah, the executive chef of Taj Gateway. 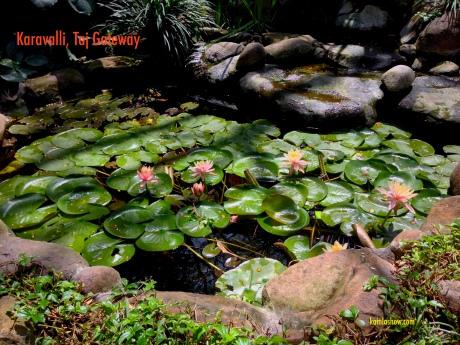 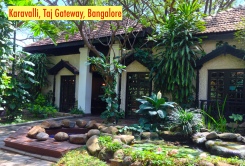 We sat outside in the garden surrounded by lush tropical trees and a pond with lotus flowers. The restaurant was barely a year old when Chef Thimmaiah joined and helped grow it. He has spent 24 years at this 25 year old restaurant that began as a concept restaurant and soon made a name for itself for its cuisine. Chef Thimmaiah and his team have travelled to various places to learn from homemakers about the traditional dishes of these regions. It is that home style cooking that the Chef and his team bring to the table at Karavalli. Consistency is one of the hallmarks of the restaurants and I have hardly been disappointed with their excellent food and service.

The first item on my culinary expedition was a cup of strong filter coffee.

Next, I got a demo of how Ramasseri idli from the Palaghat region of Kerala is made. Unlike the regular idlis that are soft and fluffy, the Ramsseri idli is almost flat like a uthapam explained Chef Thimmaiah. 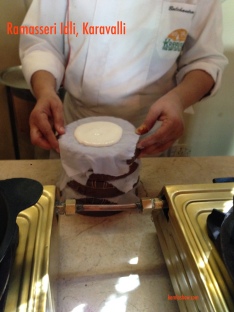 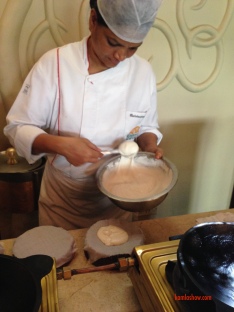 What is interesting is these idlis are cooked in steamers that remind you of the Chinese bamboo steamer. The steamers used for Ramasseri idlis are made of clay rings that are stacked and cooked on a clay pot. 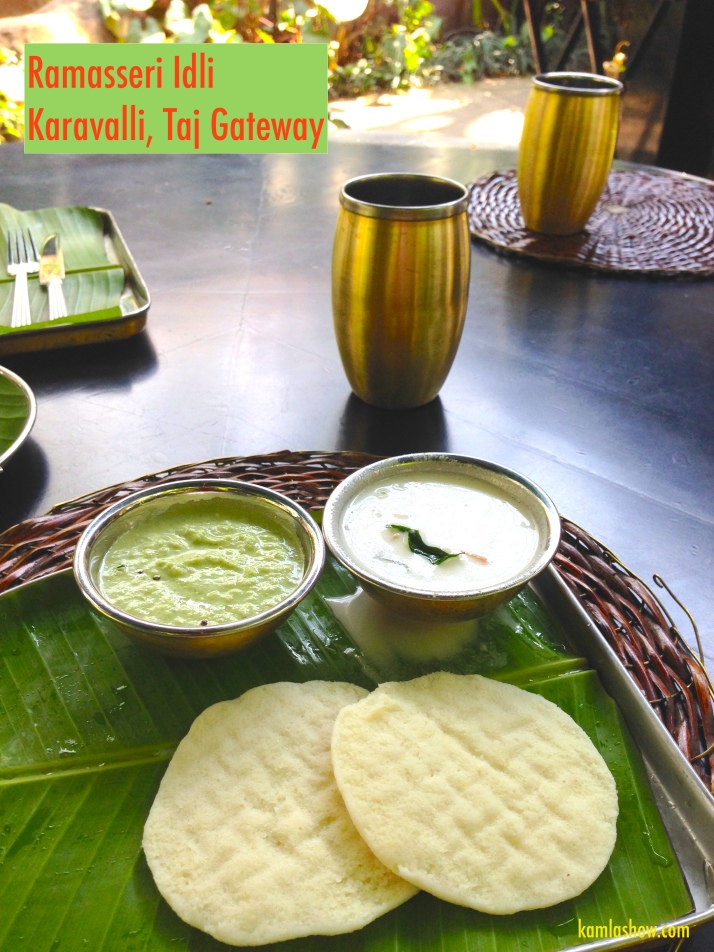 I had hot, steaming Ramasseri idlis with a cup of chutney, vegetable stew and elli teeyal, a rich, tangy gravy studded with small onions. Tamarind is the top note in this dish.

Next up, I tried gobi kempu bezule, which is a delicious, deep reddish orange cauliflower dish. The florets are fried and tossed in yogurt, green chillies and curry leaves. This was the first time I tried the dish and I must thank Bhavana Alvares of Taj Vivanta on MG Road, Bangalore for recommending it. Apparently this is a family favorite of the Alvares family. And I had never once tasted it all my previous expeditions to Karavalli. 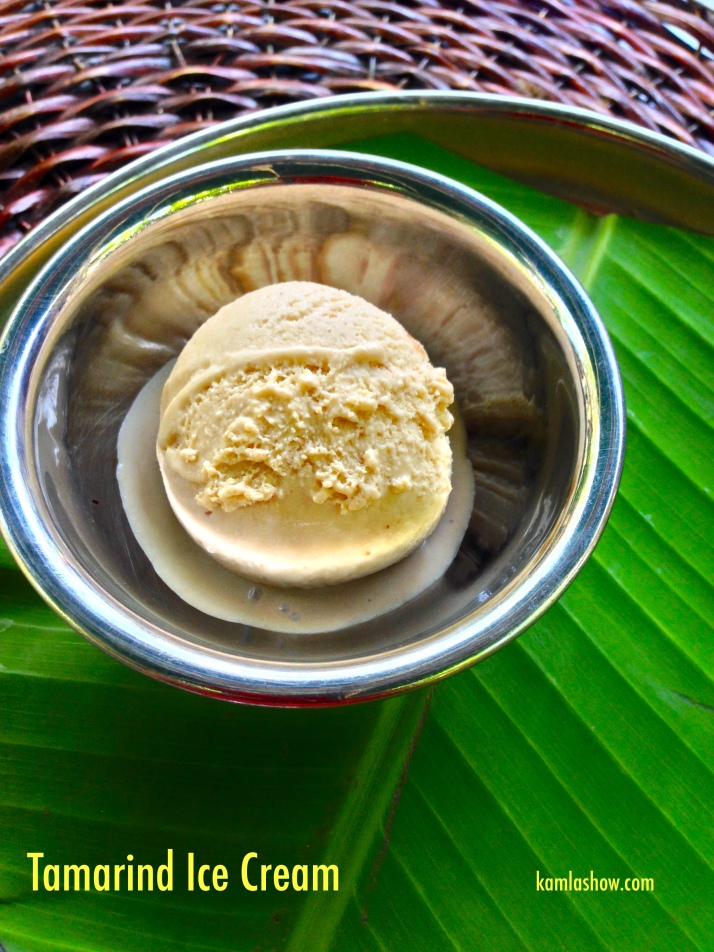 Karavalli’s menu has more or less remained the same points out Chef Thimmaiah. About 60% of the menu is from the original one and over the years they have tweaked and introduced new dishes like Ramasseri idlis and tamarind ice cream. My ears perked up on hearing about tamarind ice cream. I was curious to try this new flavor that the chef and his team invented. They went through a few iterations before they hit the right flavor profile and standardized the recipe. The ice cream’s tamarind flavor was a tad too strong for me, but it will be a definite hit for those who love tamarind. 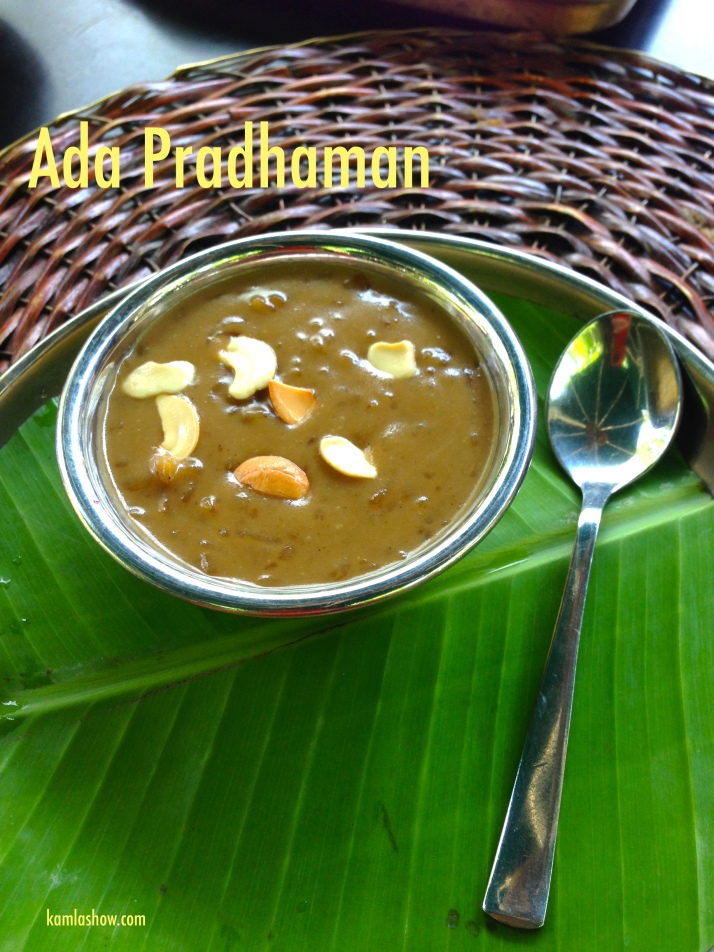 And as always, the last item on my meal was the must-have rich and decadent dessert from Kerala – ada pradhaman. The dish is made with rice flakes cooked in coconut milk and jaggery and is my absolute favorite at Karavalli. One spoon of this dish and you are transported to God’s Own Country – Kerala with all its coconut-laced dishes. It was plain old good manners that prevented me for asking for a second helping of the dessert.

Karavalli is a Bangalore must if you want to taste authentic, flavorful and consistently good food from the coastal regions of Southern and Western India. They serve both vegetarian and non-vegetarian food at the restaurant.