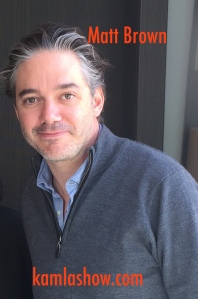 The Man Who Knew Infinity is a 2016 film about the life of the Indian mathematical genius Srinivasa Ramanujan, who was born in India in 1887 and died at the young age of 32 years old. Within a short period of time Ramanujan established his mathematical brilliance and became one of the youngest Fellows of the Royal Society in England. The film is based on Robert Kanigel’s book by the same name.

Matt Brown wrote and directed The Man Who Knew Infinity that traces Ramanujan’s life and his journey from Madras (Chennai), India to Cambridge University in England to study under Prof. G.H. Hardy. Dev Patel plays the role of Ramanujan and Jeremy Irony as G.H. Hardy.

We spoke to Brown about the making of the film and what drew him to direct a film on an Indian mathematician, whose work is well-known among mathematicians, but not to the general public. What was it about Ramanujan that propelled him to make this film and how was it to work with Patel and Irons? Tune in to find out.

LISTEN: MATT BROWN ON THE MAN WHO KNEW INFINITY:

The Man Who Knew Infinity was screened at the 59th San Francisco International Film Festival. The film is currently playing in select theatres in San Francisco Bay area.