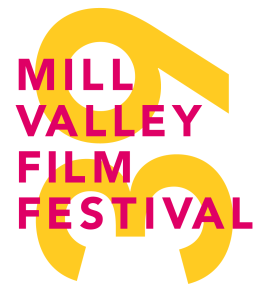 The annual Mill Valley Film Festival, which is one of the last film festivals in California before the Oscar season starts is back this year with a fantastic mix of films. Next year marks the 40th anniversary of the festival that started the same year the first Star Wars film was released.

German films are the focus of this year’s festival along with a section called ¡Viva El Cine! that features films from Latin America and Spain.

What is new at this year’s festival are a clutch of culinary films that pay homage to well-known chefs like Jeremiah Tower and Ella Brennan.

There are some new and interesting trends in this year’s festival like the relationship between women, films and technology. There is an interesting panel discussion on The Women Behind Hidden Figures that will feature female filmmakers behind  20th Century Fox’s new film Hidden Figures. Then there is a panel on Storytelling in Virtual Reality that will look into the  challenges and opportunities of storytelling.

This year’s festival has a list of wonderful films that poses quite a bit of challenge to movie lovers. For example take the opening night films: Damien Chazelle’s La La Land and Dennis Villeneuve’s Arrival. Both films have got great reviews. So, which film would you like to see on the opening night?

The closing night film is  Director Jeff Nichols’ Loving starring Joel Edgerton and Ruth Negga. The film is based on a true story about an interracial couple and how they were arrested because they violated the anti-miscegenation laws. The couple filed a law suit that went all the way to the Supreme Court, where they won their right to marry. Nichols’ previously directed Mud and Midnight Special.