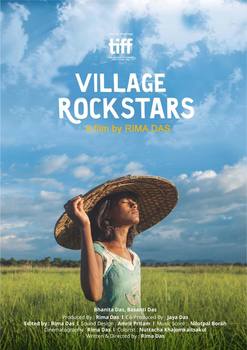 This year’s 3rd i’s Annual San Francisco International South Asian Film Festival: Bollywood and Beyond (SFISAFF) is back with a wonderful repertoire of films from South Asia, US and Canada. The festival has an interesting mix of feature films, documentaries, shorts and conversations with filmmakers.

Here are a few films that caught my interest and are worth watching at this year’s SFISAFF. They films are: Village Rockstars, SIR, Good Guy Bad Guy, Up, Down and Sideways, A Suitable Girl, Demons in Paradise, and Azmaish: A Journey Through The Subcontinent.

What is unusual this year is there are 2 very good films from the Northeast region of India, which is an area that is often overlooked. Both films have music as their underlying theme and it showcases how the central role music plays in their life. The first film is the opening night film – Rina Das’s Village Rockstars, which is India’s entry for the 2019 Oscar. Hats off to Das who wrote, directed, shot and edited this film. Set in her home state of Assam the film is about a young girl and her friends and their dream to become rockstar musicians.

The second film is a documentary set in Nagaland and showcases how music binds a small community of people together. Up, Down and Sideways takes you to Phek, a  remote village on the border of India and Myanmar and highlights community-based singing and farming. Yes, you read that right. This small tight-knit village with about 5,000 people work in a farming co-operate and use their traditional singing style of Li to farm and harvest their crops. Singing and working in groups makes their task a little lighter and less lonely point out some of the villages. This is a documentary worth watching.

What is a South Asian film festival without a Bollywood film? This year’s film is Aditya Chopra’s Befikre. The love story is set in Paris and stars Ranveer Singh and Vaani Kapoor. You can catch Befikre on Friday, Nov 2, 2018 at the Castro.

For information about the festival and tickets visit their website at: www.thirdi.org